“My father and grandparents died of cancer because they worked for the nuclear industry, and my mother was driven to an early grave by endless fights in courts,”.

Nadezhda Kutepova from City 40, a city hidden from the map in the Soviet era, has tried to fight the unhealthy reality it’s habitants have been forced to live with: high radiations from the nuclear industry.

Mayak was “sheltering” the largest nuclear complex in the world, and it’s inhabitants were not allowed to say a word about it. In fact, living in this city was living inside a “bottle of glass with a roof and there’s a picture around”, says Kutepova. And when in 1957 a storage tank with highly radioactive liquid waste exploded, people were not allowed to leave the “bottle” or say a word about it. This people started to feel the consequences of this tragic event on their health but they didn’t really know this was the cause. “People who are inside, they see the picture that is around and the government just opens this bottle and gives you the food and then closes it. So we’re a little bit isolated [from] society.”, continues Kutepova.

Kutepova founded the NGO “Planet of Hopes”, campaigning for the truth to come out, but was accused of using American funds to conduct industrial espionage. France provided her political asylum, where she continues her fight: “Every day when I go to sleep I think about Mayak and ‘my dear God, save Mayak’”. 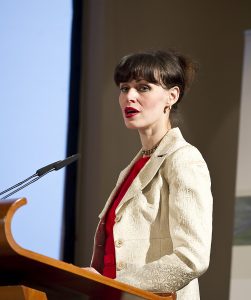