Over 350 lesbians* bringing #LesbianGenius to the world, gathered for 3 days in a Soviet era Turist hotel, guarded like a fortress by  police and National Guard, where the halls were renamed for three days honouring fierce feminists.

The second European Lesbian * Conference (EL * C) took place in April in Kiev, Ukraine. It was a 3-day conference, promoting intersectionality in all exchanges. The ELC´s mission is to promote the engagement of lesbians with a diverse and interdisciplinary space open to all ethnic and religious backgrounds, lesbians of colour of different ages and/or various degrees of ability.

European Lesbian and business round table at Dutch Embassy

Thursday April 11, WECF’s Chantal Van den Bossche, was invited to lead a break-out session at the Workplace Pride meeting in the Dutch Embassy, on increasing the visibility of lesbian women and their lives in Ukraine and the role that civil society can play.  The roundtable gathered together representatives of the business community, UNDP, NGOs Fulcrum, Insight LGBTQ NGO, KyivPride, WECF, LesWorking; and representatives from the Dutch and European LGBTI police networks to address specific challenges and opportunities for LGBTI women at work. 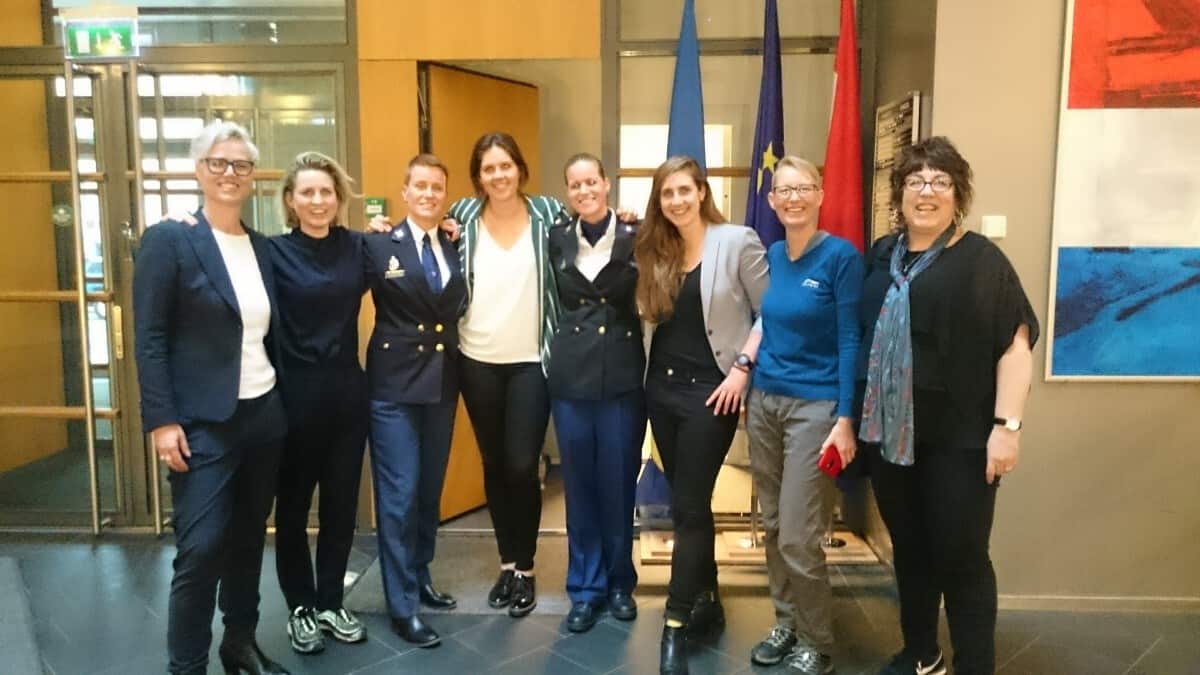 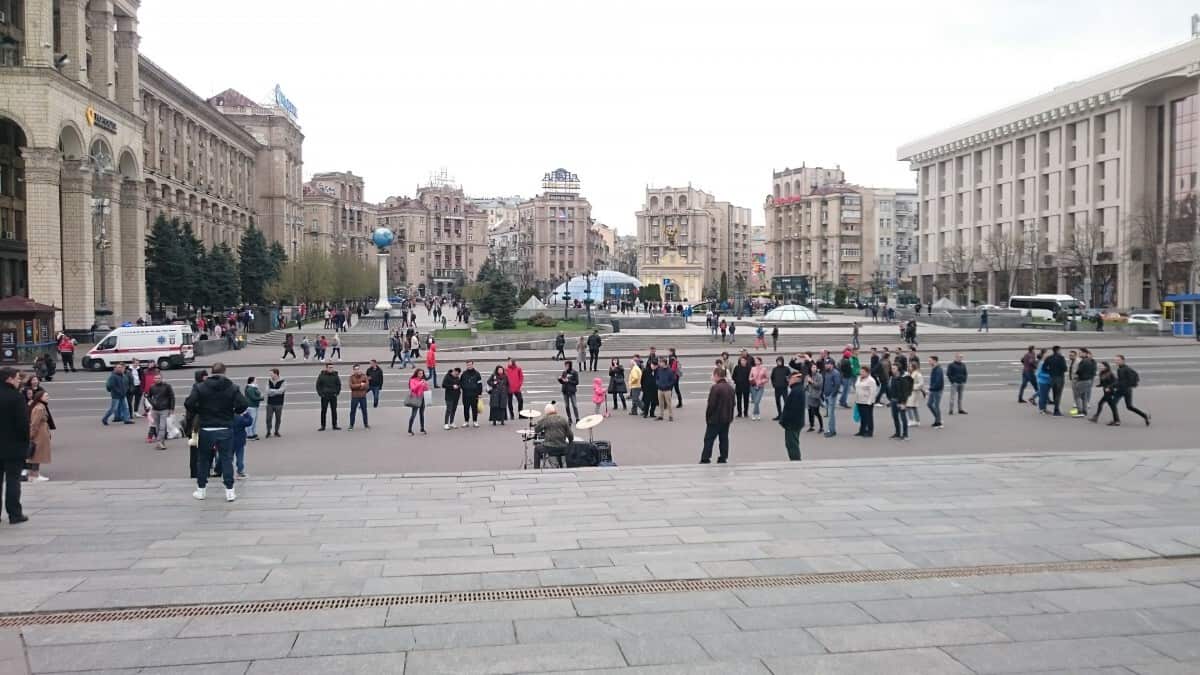 “The Embassy is a strong supporter of equality and diversity and remains committed to reduce discrimination at the workplace” – Ambassador Hoeks noted.  Olga Lyashchuk of WECF partner Ecoclub explained how vast progress, however small, has been made step in Ukraine the past five years.  Progress was only relative, as we soon found out when we were asked to stay a little bit longer in the safe environment of the Dutch Embassy, as the conference hotel had been blocked by neo-Nazis.

Protests by the ultra-right

The opening of the European * Lesbian Conference did not go unnoticed, unfortunately, with even Fox News and the Washington Post reporting on it. Ultra-right activists in Ukraine attempted to derail the conference and scuffled with security guards. Several dozen people from extreme-right groups picketed the hotel hosting the conference. Some tried to break through security cordons at the hotel entrance and used tear gas on the guards. The assailants held placards with phrases such as “We are against gays” and “Go back to hell, sodomites.”

The Washington Post reported: “One activist, Margarita Korotkikh, said their goal was “to put pressure on the government and explain that heterosexuals are against LGBT propaganda.” Ukraine’s ultra-right has become increasingly assertive, regularly assaulting LGBT and women’s rights events. International rights groups have criticized Ukrainian authorities for failing to track down and punish ultra-right activists for acts of violence and intimidation.”

Keynote speaker Monica Benicio opened the conference with a  powerful and inspirational speech. Her wife Marielle Franco was killled 13 months ago, on March 14, 2018. Monica brought everyone to tears with her moving speech: “We have a state of emergency of sexism and racism. But I demand justice all the time! “And further:” I hope one day we will achieve that! ” There were plenty of content-heavy workshops and discussions. Recurring themes were racism and transphobia.  Chantal Van den Bossche was asked to be a speaker during a workshop on the first day on lesbian visibity and journalism: the objective of the workshop was to illustrate how difficult it can be to make sure lesbian stories reach an audience. Whether it is a mainstream audience or a community audience. 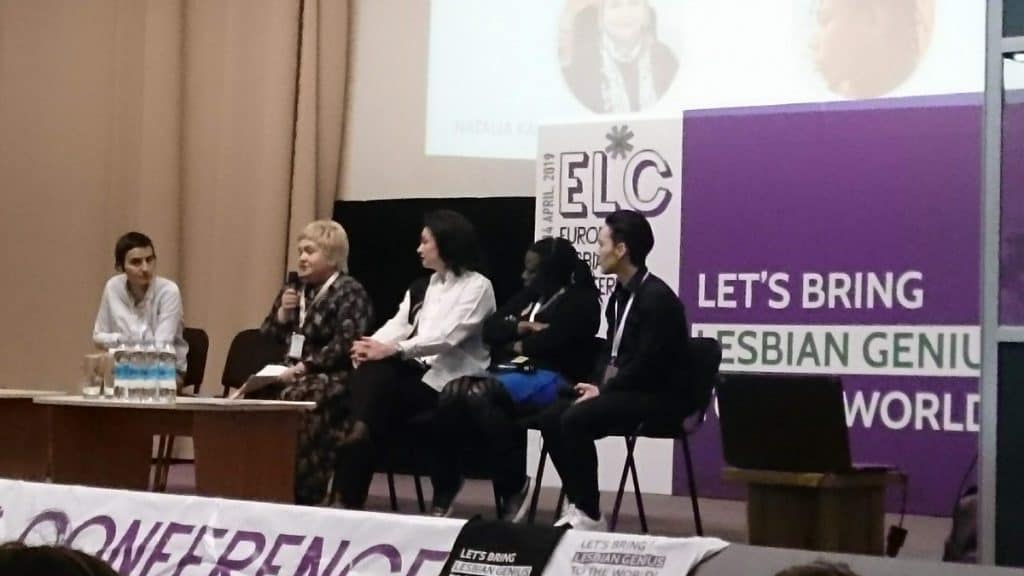 New during this conference was the focus on Central Asia, ie an opening and a focus on countries like Kazakhstan, Kyrgyzstan, Uzbekistan, Georgia and Mongolia. This brought many depressing realities to light, but also awoke fighting spirit.  And there are big plans: An international network of lesbians, comprising Europe and Central Asia, is to be created. Thus, the EL * C is clearly moving further east. Under the new name “EuroCentralAsian Lesbian * Community” a kind of lesbian umbrella organization with individual memberships is planned. The big goal: 10 million participants and lots of activities, well beyond a conference.

We need anger, realism and lots of love

The EL * C team was supported by the local LGBT organization Insight, whose representatives were visibly moved by the lesbian conference in their country: “I never would have dreamed that one day I would be in my country and in my language a lesbian conference, “said Oksana Pokalchuk of Insight on the final panel.  The final panel was filled with emotions. “Love between women is revolutionary”, “Stop shame” but most of all:”We need anger, realism and love.”

Chantal Van den Bossche: “I want to thank ELC 2019 for an amazing conference. The opportunity to meet lbti women from all over the world and build a strong network and show our visibility just beause we are here and we exist. The welcome we got in Kiev was unfriendly and we had a 24/7 hour protection by the National Guard and Security police. It showed our fight is more then real!

*Lesbians- the use of the word lesbian is deliberate and reflective of political effort for visibility, empowerment and representation. The conference welcomes all lesbians*, meaning anyone who identifies as lesbian, trans lesbian, feminist, bi or queer and all other who identify with lesbian activism

Photo credit: the header photo is by the European Lesbian Conference, all other photos by Chantal Van den Bossche.